22. Praise to the Lord, the Almighty

Do you enjoy trivia questions ? Here’s one for you…..
What is the link between this hymn and the village of Moustier in the Dordogne ?
Answer:  Joachim Neander

From 1674 to 1679, Joachim Neander ( the writer of this hymn) was principal of a grammar school in Düsseldorf. During these years, he used to wander the secluded Düssel River valley, which was, until the 19th Century, a deep ravine between rock fac­es and forests, with numerous caves, grottos and waterfalls.  Neander may well have written and sung many of his poems there. He also held gatherings and services in the valley.

In the early 19th Century, a large cave was named Neanderhöhle after him. In the mid-19th Century, the cement industry started to quarry the limestone, and the narrow ravine became a wide valley, which was now named the Neander Valley (in German, Neanderthal). The “Neanderthal Man” was found there in the summer of 1856.
So we owe the term Neanderthal to Joachim Neander. The village of Moustier on the Dordogne is where archaeologists found remains and evidence of Neanderthal Man in France.

I always like to start a service with a hymn of praise….it gets everyone in the right frame of mind !
We may have concerns or worries and there may be problems to overcome but our first aim should always be to praise God and this hymn is amongst the very best hymns of praise. It was first published in 1665 but translated into English by Catherine Winkworth and published in 1863. The tune is ‘Lobe den Herren’.

Let the ‘Amen’
sound from his people again,
gladly for aye we adore him .

We can try to take the roof off !

Praise to the Lord, the Almighty
The King of creation
O my soul, praise Him
For He is thy health and salvation
All ye who hear, now to His temple draw near
joint Him in glad adoration

Praise to the Lord
Who o’er all things so wonderfully reigneth
Shelters thee under His wings
Yea, so gladly sustaineth
Hast thou not seen how thy desires e’er have been
Granted in what He ordaineth

Praise to the Lord, O let all that is in me adore Him
All that hath life and breath
Come now with praises before Him
Let the ‘Amen’ sound from His people again
Gladly for aye we adore Him

4 replies on “Hymns of Inspiration – Bramwell”

One of my favourites – we sang it a lot at school (and likewise Now thank we all our God) as Catherine Winkworth was one of the school’s founders in 1877. I have also enjoyed singing them both in the original German on several occasions when attending services while on holiday in Germany and Austria (most notably Nun danket alle Gott in the rebuilt Marienkirche in Dresden). Herzlichen Dank!

Good morning Bram
As you suggested we have started our day joining in with this Hymn , volume on full. . Roof still intact.

Thank you Sara
Catherine Winkworth deserves an article on her own ! Her influence on hymn translation is astonishing.
Thank you for the feedback !
B

Sing up George and Jackie !👍 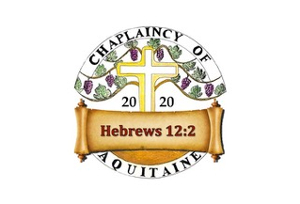 “For all the gods of the peoples are idols. The LORD made the heavens. Splendor and majesty are before Him..." Psalm 96:5-6